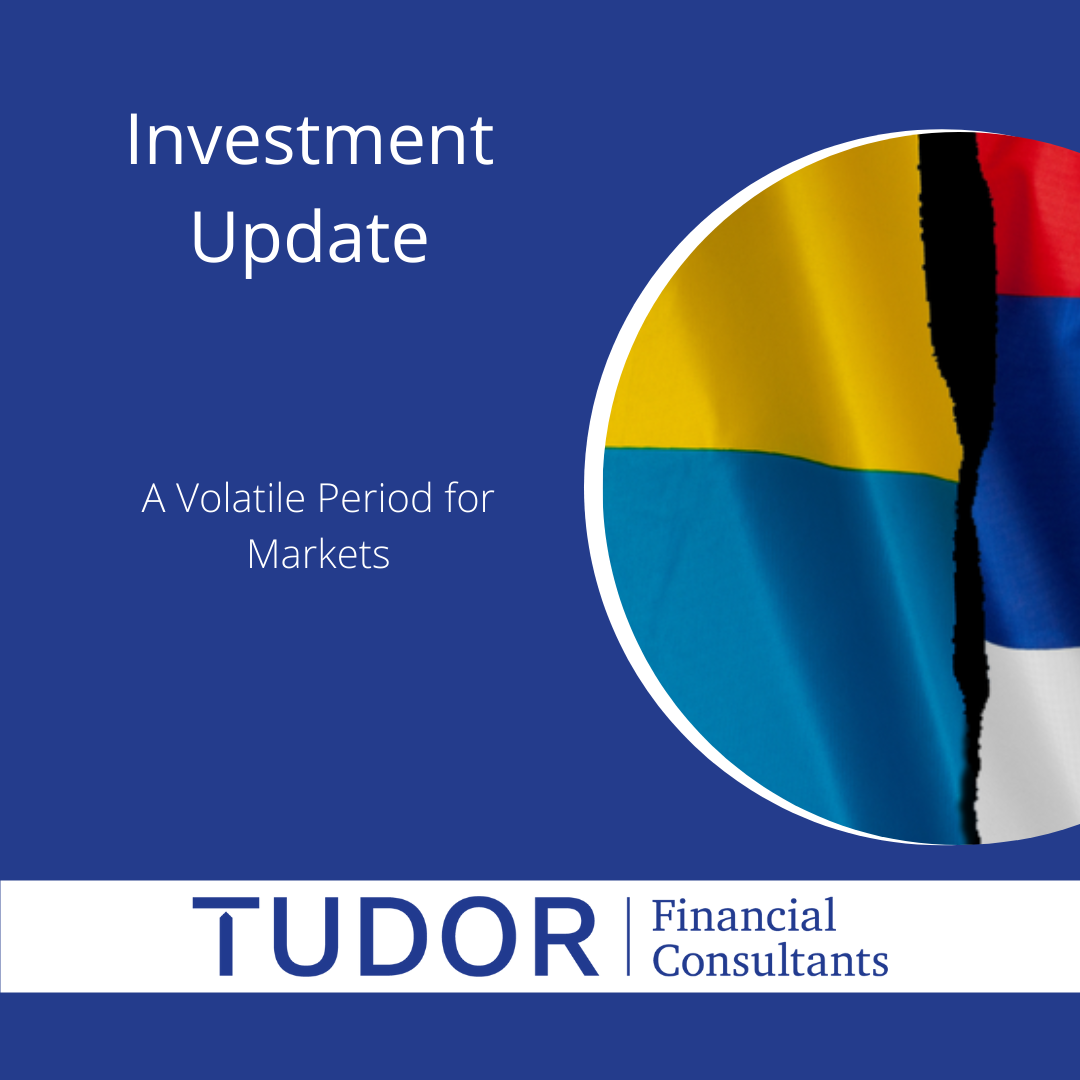 High inflation, disappointing earnings results from some tech companies and Russia’s invasion in Ukraine caused turbulence for the financial markets.

The reality of armed conflict between Russia and Ukraine pushed down leading stock market indices during February. Since the start of the year, conditions have been volatile owing to concerns about persistently high inflation and central bank interest rate rises. Geopolitical tensions added further uncertainty, with rapidly changing events causing markets to slide around the world.

Oil prices surged as investors weighed up the risk of Russia’s military intervention to the flow of energy supplies. Brent crude passed $100 a barrel for the first time since 2014. Many oil firms were also assessing what effect sanctions will have on their considerable assets in Russia. The price of natural gas soared in an already tight market.

Nations around the world condemned Russia’s actions and implemented sanctions. As well as excluding Russian banks from Swift, the international payments system, the country’s central bank has had access to its foreign reserves frozen. The immediate impact included a collapse in the value of the Russian rouble and long queues outside domestic banks as Russians worried about a shortage of cash.

One of the greatest risks to the global economy is the likelihood that the conflict will push commodity prices higher, which will continue to put upward pressure on inflation. Even before Russian tanks rolled into Ukraine, western governments were struggling with rising energy prices that threatened to derail economies emerging from two years of the pandemic.

Inflation has soared to a 40-year high of 7.5% in America recently. It’s likely that the Federal Reserve (Fed) will increase interest rates again in March to bring down the pace of price rises. The UK is experiencing the highest level of price rises 30 years, with the Consumer Price Index reaching 5.5% in January and prompting the Bank of England to raise interest rates again, to 0.5%.

Meanwhile, inflation in the euro zone has also risen faster than expected, putting more pressure on the European Central Bank to taper off its pandemic stimulus faster than scheduled. Consumer prices jumped by 5.1% from a year ago, with rising energy costs one of the main causes. The region’s economy grew by 5.2% in 2021, and output is now back at pre-pandemic levels.

The technology sector was another source of concern for investors over the month. The sector has been one of the main beneficiaries of the lockdowns that have punctuated the pandemic over the past couple of years. In particular, businesses that have allowed us to work remotely and kept us entertained from home have performed particularly well. Yet more recently, earnings results and profit forecasts have been mixed as life starts to return to normal.